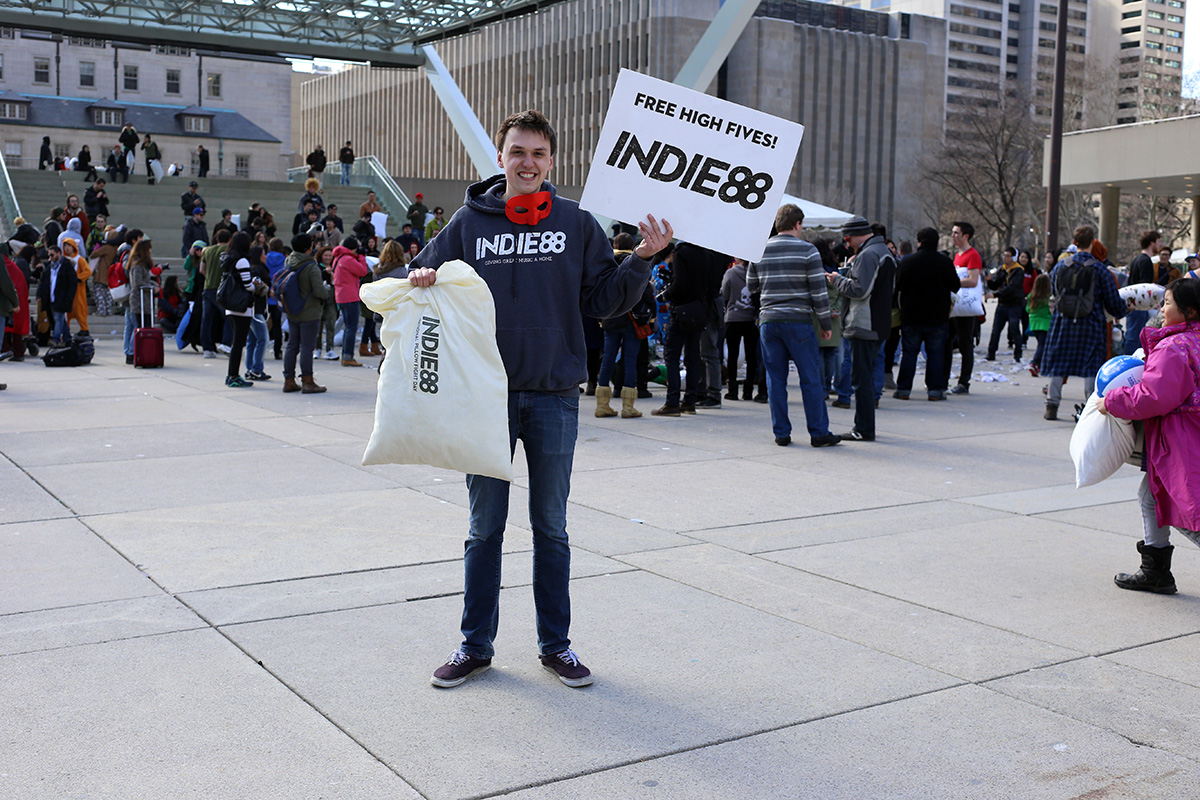 Bobby Vee at the Pillow Fight in Toronto My name’s Bobby Vee. I’m here with Indie 88. We first got wind of this fantastic little battle. We showed up and it started off fun at first but then it became hectic. People were fighting so hard. It was just – I got hit in the nose – I don’t even know what to say! I’m so stunned and shell-shocked. It was intense but we made it through so far. We have some of the people at the tent resting up ready for the next round. We’ll see you later. Oh no! It’s happening again!