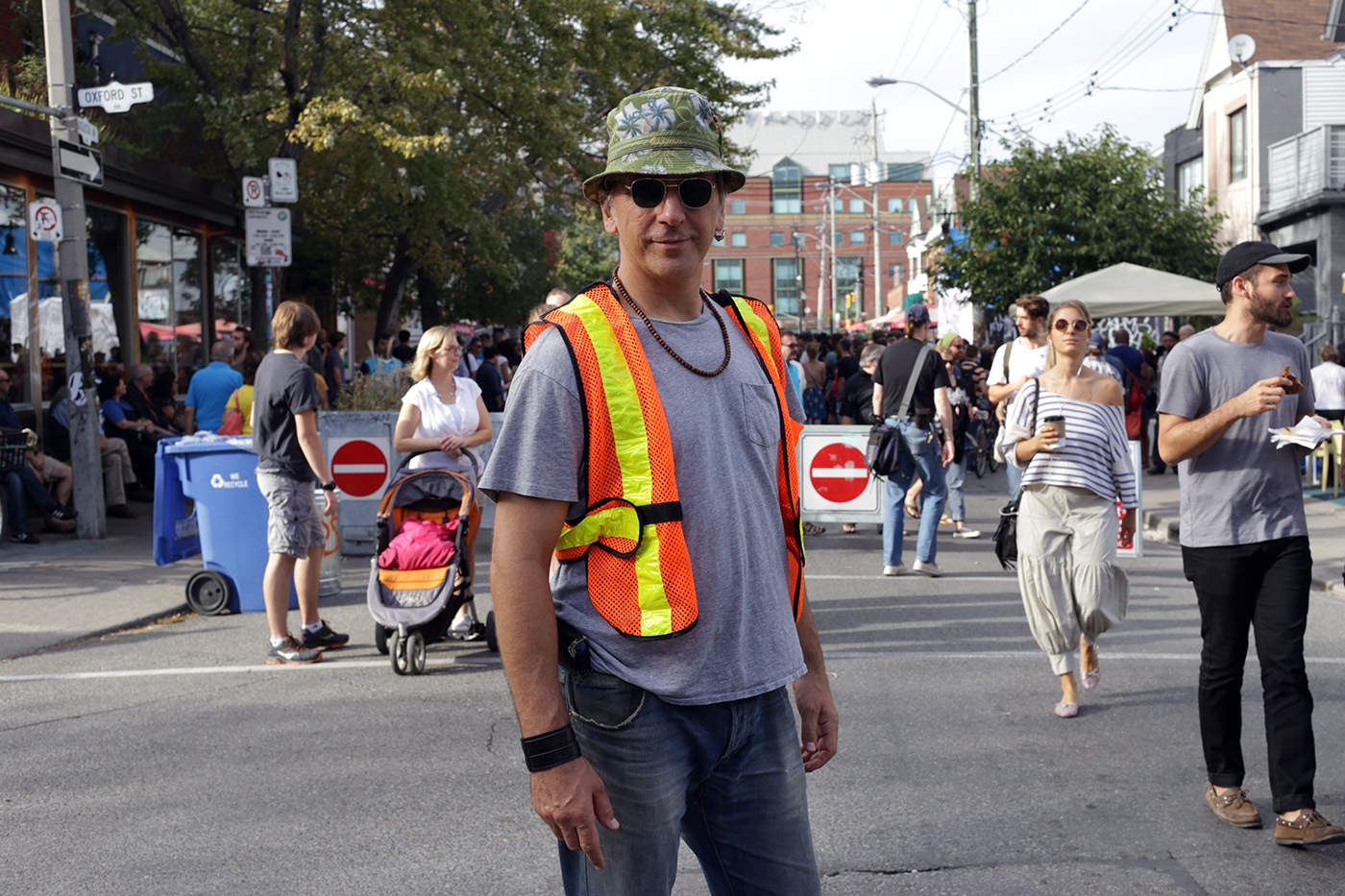 From tobacco farm to acting My name is Robert Blake. I’ve lived in Toronto 29 years. I moved here from London, Ontario. I worked in a tobacco farm hanging tobacco for the summer to make money to move here. I’ve done everything from security to work in the sewers; I was a garbage man, cut grass, I was an artist but now I’m an aspiring actor. I’ve been doing acting for about three years because there’s lots of work here in Toronto and I just did something yesterday in Hamilton, a reenactment show where I played a guy that owns a store and one of his employees is murdered so I show up and I’m interviewed by the police.  And that’s what I’m doing right now. I volunteered because my friend organizes Pedestrian Sunday in Kensington, so it’s a beautiful thing and it’s a beautiful day.