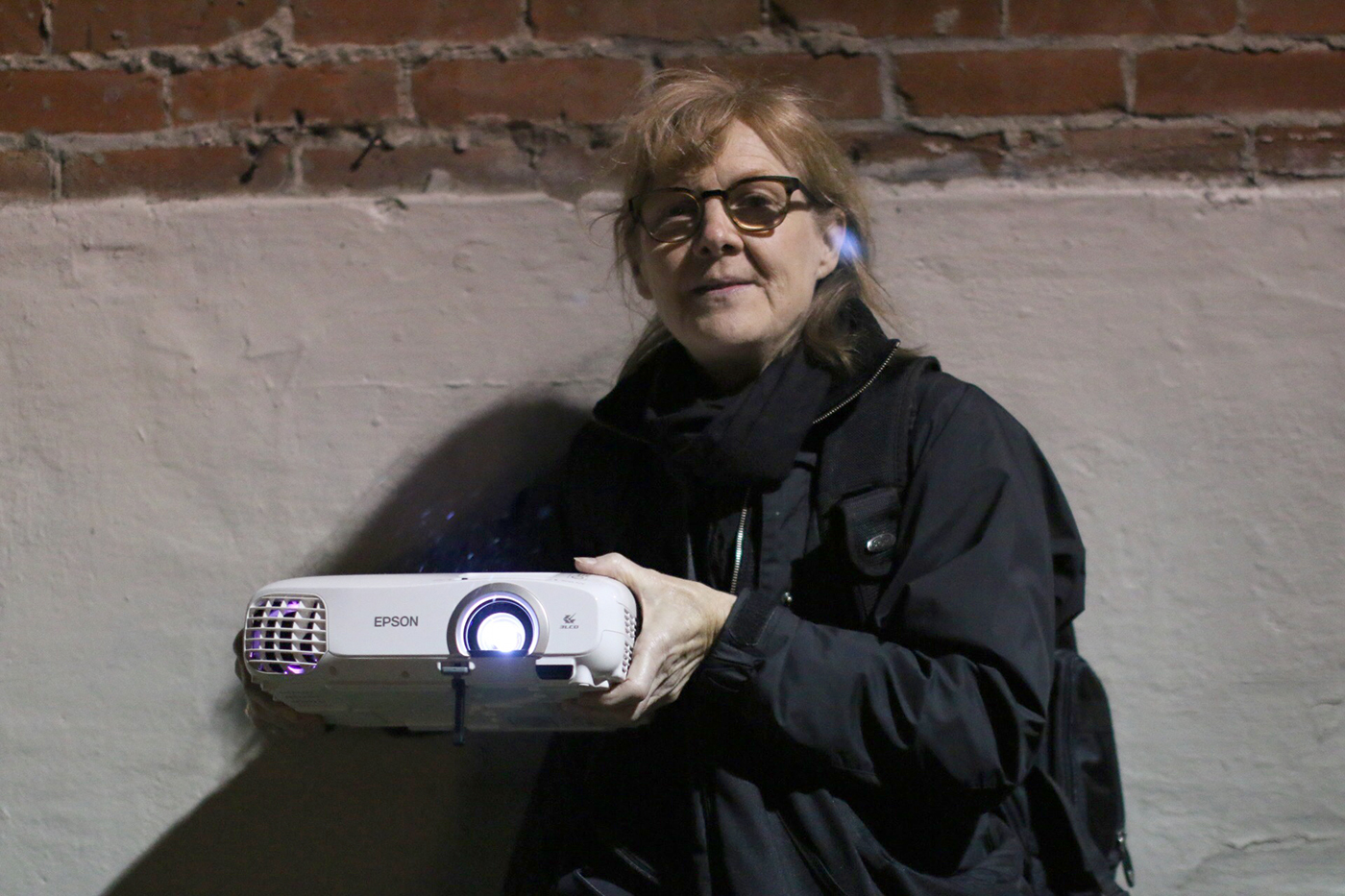 My name is Rebecca Garrett. I’m part of a collective that has produced this work for a group of about 4 or 5 media artists, and then we work with a larger community of people who were arrested and put in cages during the G20. This is part of a larger project that I’ve done – a film – and it’s about police violence against people who are vulnerable. The person I worked with on the film got all this footage of the cages. It’s the first time it’s been seen publicly what went on in those cages during the G20, so we decided we wanted to show it to the city and change the way people see the city. This is a reality that people don’t talk about. So when I was editing the film I thought I didn’t feel like I could use the footage without other people seeing it.

The project is about trying to honour people’s experience that had a situation where they were innocently walking down the street and they were grabbed and thrown in detention, so it’s to honour their courage. Those images have been in their minds for 4 years but they have not seen them publicly so it’s to kind of bring it to the public so that we can all relate with it and bring that experience to reality.