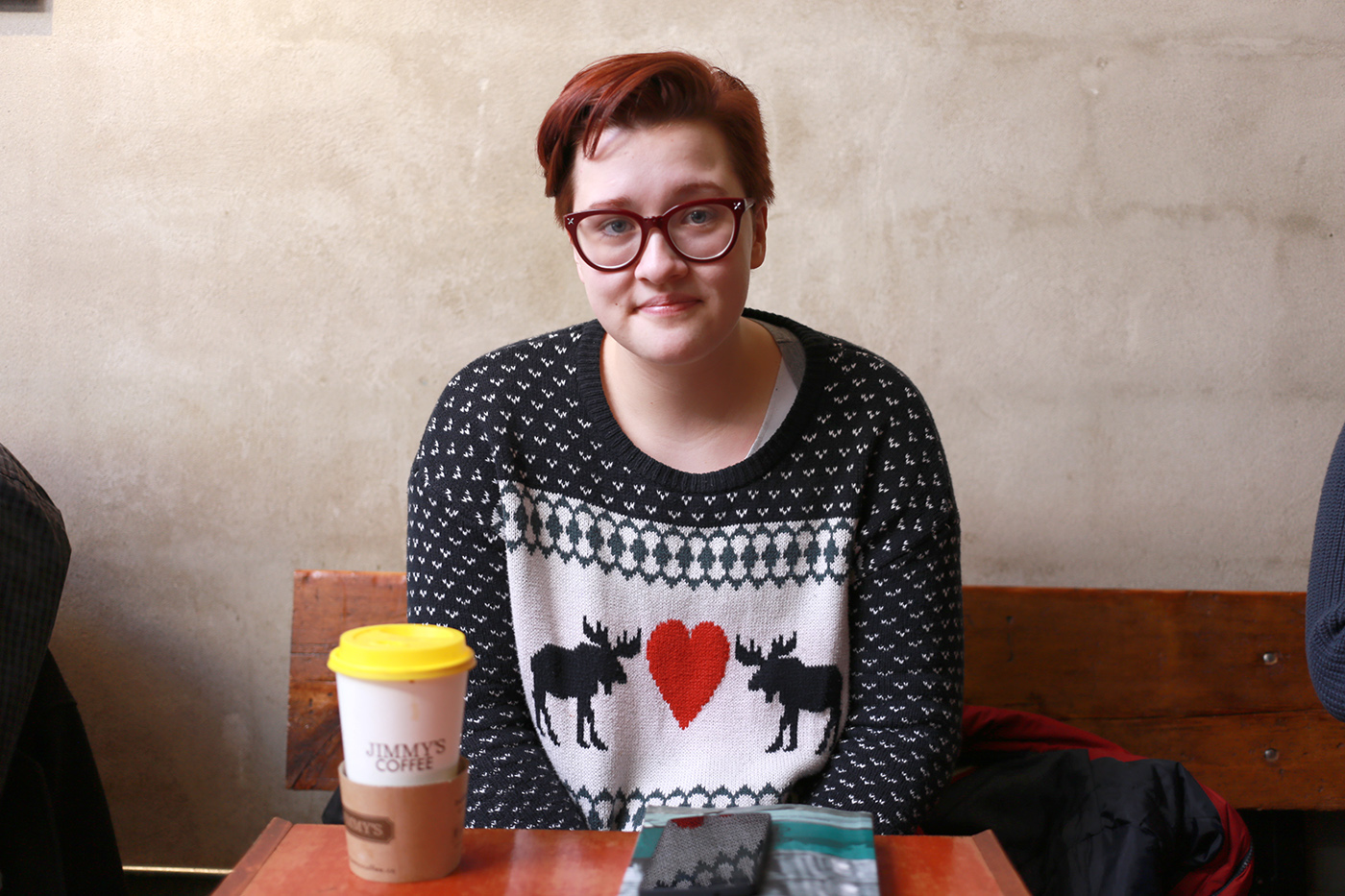 I got involved in activism & social justice… My name’s Haley. I’m 20-years-old. I’ve been living in Toronto for three years. I moved here when I was 17. I started working at 12. My first job was at a suit store and I pretended I was 18 so that people would buy stuff from me so that I could get commission, which was great. It worked really well for the most part and it worked throughout my high school and I saved lots of money. I got close many times for full-ride scholarships but didn’t get any of them. I went to U of T and did IR and realized I hated it. I decided and ended up doing history. I got more and more involved in activism and social justice work and my work there made me come into my own and my gender expression as a gender queer person, a non-binary person, however you want to say it, which has come to where I am now where I’m doing a lot of work in gender studies, in trans studies, and that’s intersecting in all areas of my life to where when you go in to do this activist work, you realize that what you’re actually doing is walking in and saying: “My gender expression is actually real.” I have to tell people and try to validate my existence as a gender queer person, which can become extremely exhausting, and issues of using gender-neutral pronouns becomes a position of validation for others and a lot of people don’t want to validate you in that sense. It becomes an issue of: “I’m going to be uncomfortable for three minutes, or two seconds really, to use a gender-neutral pronoun and I don’t want to do that because it makes me uncomfortable.” In essence by doing that, you’re making me uncomfortable forever. These types of things and how elements of gender binary manifest themselves have been encapsulating my life for the past few months with a lot of stuff that I’m doing at my college. That’s it!