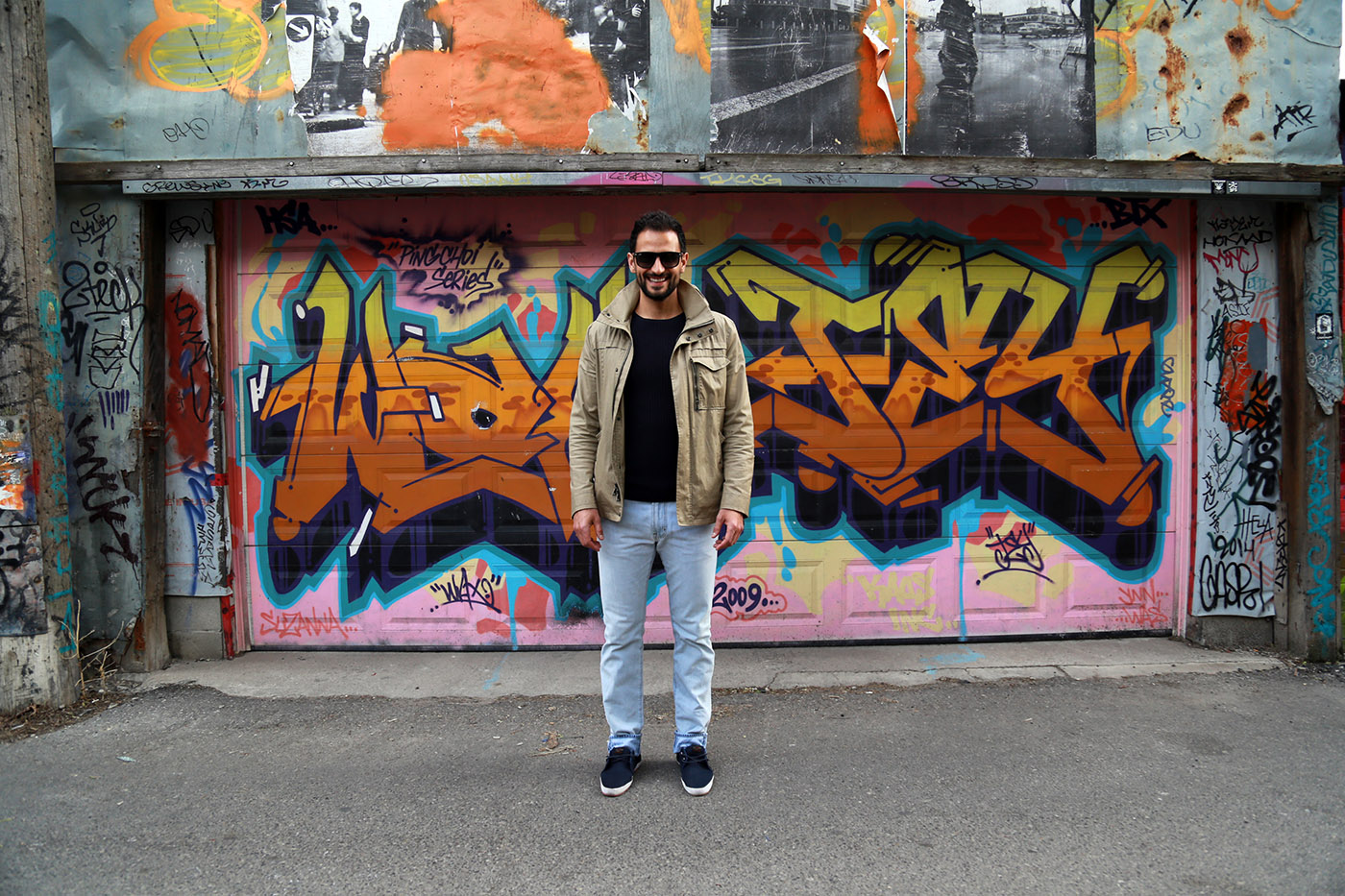 My name is Paulo. I live at 688 Richmond Street West. I moved into this really cool loft space 3½ years ago. I moved in, it was completely empty and I reached out to one of my friends who was an interior designer and it turns out she worked on this really cool show called Sarah Richardson and they came in and furnished the entire apartment for me and it ended up being on this TV show. So I’ve ended up with a sick place for the last 3½ years. So as I was living there, I owned a business and I decided that I needed some private office space so I ended up renting the unit below me so now I have two units in the place and in the past 2 years we’ve outgrown that place so now I’ve just rented a unit above me. So I’m essentially sandwiched between my two offices which is really cool but I never get a sense of privacy because I’m always in work because I literally am suffocated by work.