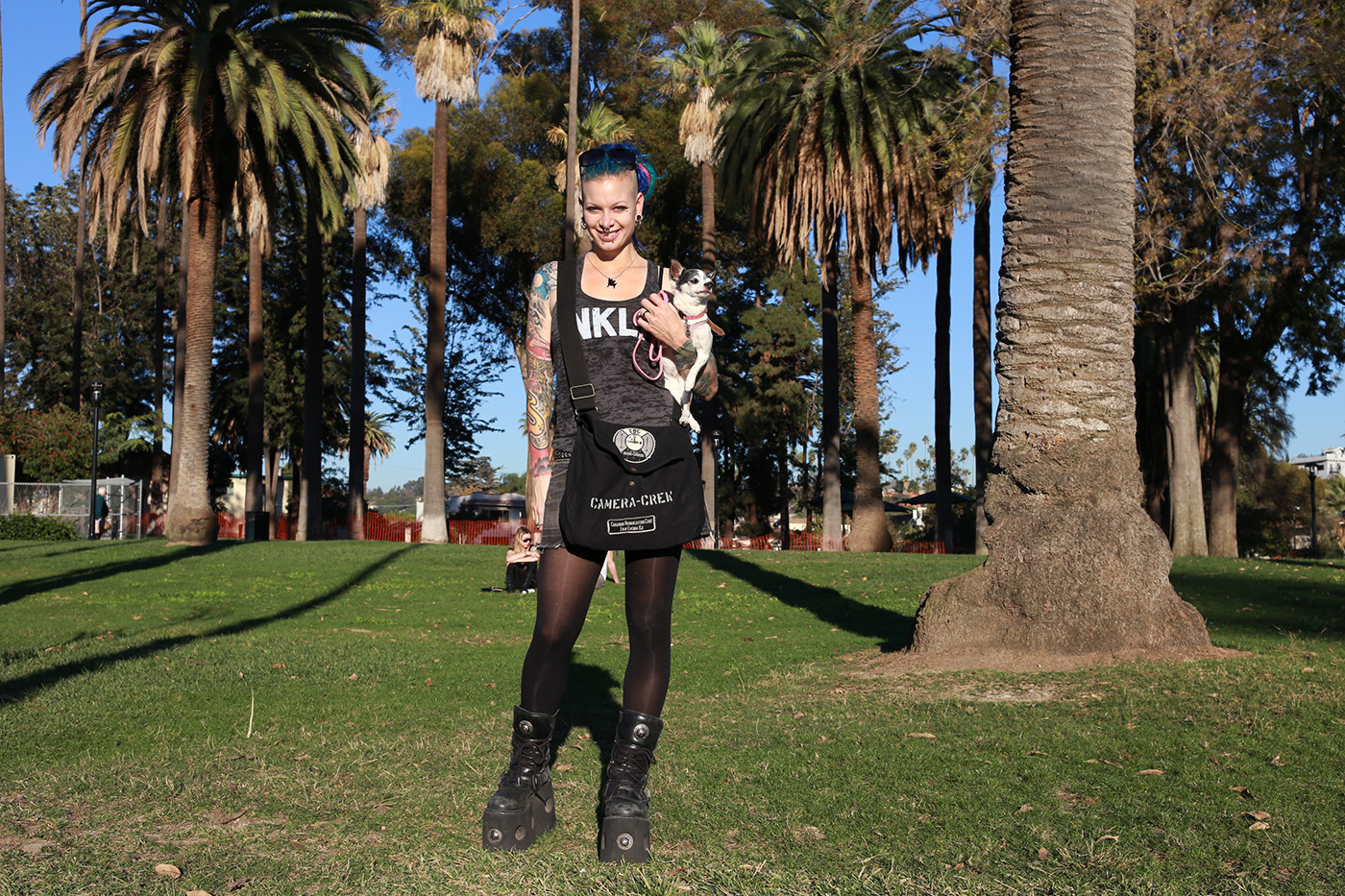 Hi my name is Verona and I was born and raised in Toronto. In 2007, I moved to England to go to theatre school and then at the end of 2010 I picked up my stuff in Toronto and moved to Los Angeles where I’ve been living for four years and it’s great. I do love LA very much. It’s December 23rd and I’m in a tank top sitting by a lake with a fountain and it’s sunny and gorgeous and I know in Toronto it’s like 4’C and gray and slushy and terrible. So I love it here and I did come here to act, and the opportunities here for acting obviously are unparalleled anywhere else, even in Toronto. But having said that there’s a lot of things about Toronto that I do miss. Aside from my family and my friends who still live there there’s an essence of community and culture that you can actually walk through which you can’t get in Los Angeles. There are pockets where you can walk in LA and sort of absorb the local culture as it were but it’s not like Toronto where you can walk the whole city up and down and it’s just like you’re walking through the world. Although I grew up in North York, I became a person in Queen West in the late 90’s, early 2000’s, and that was like nowhere else in the world as far as I’m concerned. At that time, despite there being counter-culture in every city, Toronto had the most goths, the most freaks, the most punks and venues and shows and places to go and weirdos to see and it was like a sight to behold! And I know it’s not the same now. I still have friends there and they are still into those things but as everybody gets older, bars close down and venues change and condos go up and the landscape changes but it’s something I look on fondly that totally made me who I am today in a lot of ways. I do go back to Toronto every year and I do go back to those places that still exist or at least Queen West and Queen and Bathurst and walk around and sort of try to relive my glory days, my youth. But yeah Toronto, it’s a special place to me still. I hold very strong connections to it despite the fact that I don’t think I’ll ever leave Los Angeles because the weather here is amazing and the things I want to do are here. So if global warming could hurry up then maybe I’d move back, but I’ll never leave it forever.